This is only the 3rd one I have ever owned in the last 30+ years. In fact, the last one I sold was way back in 1984 or 1985. Although the published mintage states "no more than 30,000" pieces, that figure was the maximum number allowed. I am sure the actual number produced was much lower.

This example here is the same variety as the other two I owned. I am including a photo from Japanese Bonanza Magazine for comparison; it is of the same variety. This coinage, if one can call it that, was likely sub-contracted to several firms with the main contractor providing the planchets (wooden panels). In addition, the main contractor provided a drawing of what was expected, and as long as the production met certain guidelines, that was a "go." I added another photo here of one that was produced by another sub-contractor. This belongs in the collection of Mitsubishi Tokyo UFJ Bank. Note the woodgrain; it comes from the same wood panel. So, we know that there are at least two variations of this token coinage. Is there a third? I do not know, yet.

At any rate, we have an exceptional specimen of this token here, one of the best! I doubt if I would see another in my lifetime again. Here is your chance to secure a genuine example.
$495ppd domestic, overseas write 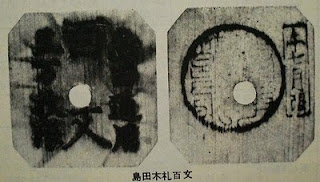 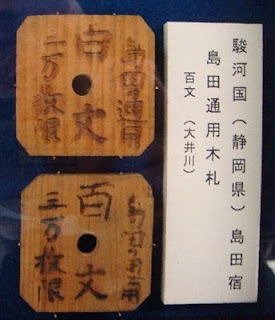 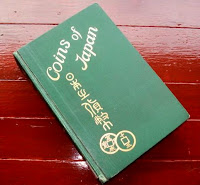 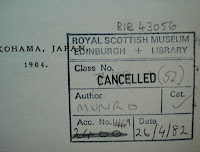 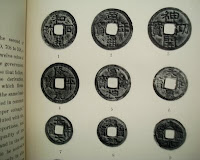 Suberb Copy of Coins of Japan 1904 by Munro

I have owned a dozen or so copies in the past 30 years and sold a very nice copy just recently. This present copy, however, is the nicest and the crispiest copy I ever owned. This is a very personal presentation copy to his mother. Obviously, this is a unique copy.

First, this copy is not a rebound book. That is a rarity right there. Second, this copy is inscribed by Munro, "To Mother, With Best Wishes for Christmas, from Neil." Third, all the plates and illustrations are in excellent order, including the text and the pages. They are all clean with no foxing. There is an ex-ownership stamp on the title page and a call number pasted on the spine, but there are no additional markings within the interior of the book. There is very small, margin tear on the first page where Munro inscribed, mentioned here more for identification purpose.

When rebound copies appear, they usually bring $600-700, and those books are in average condition with the usual defects. My price for this unique copy in excellent condition is very reasonable. Where else can you find a book that Munro gave to his mother? $995 sent postpaid and insured domestic and foreign.

I ALSO HAVE OTHER ORIGINAL EDITIONS...PLEASE INQUIRE

HISTORY AND GUIDE TO THE COPPER CASH COINAGE OF JAPAN 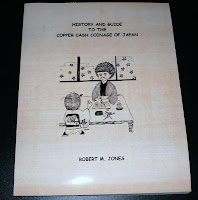 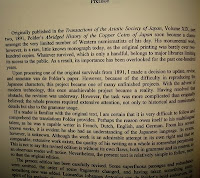 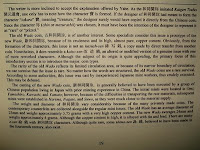 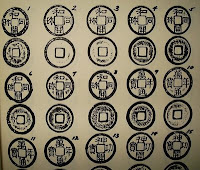 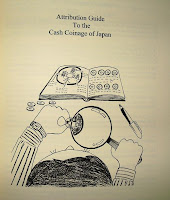 This reference book is 8.5x11 inches, illustrated card covers, 154 numbered pages, copyright 2007, frontispiece penned by Ogawa Hiroshi. It begins with a newly edited, revised, and annotated version of the Polder's Abridged History of the Copper Coins of Japan with the original plates. It is NOT the same as the simple xerox copy of the work published in the 80s. This new work is a totally overhauled edtion.

Following it is a nine page paper called the Enigma Surrounding the Medieval Coinage of the Ryukyu Islands in which the writer disproves the notion that the so-called Ryuyku cash coins of the 15th century could have been made in Okinawa or the Ryukyu. This paper is followed by an Attribution Guide to the Cash Coinage of Japan with identifying features describing 356 types and varieties from the Nara-Heian Period through the Meiji restoration.

The interior pages (60 lbs quality) have a smooth finish and is acid-free to ensure this book will have an exceptionally long shelf life. This is the only book you will ever need to understand and to enjoy the complex series of Japanese Cash Coins.


US by priority mail with tracking $20
Discount in shipping and unit price is available for multiple purchases. 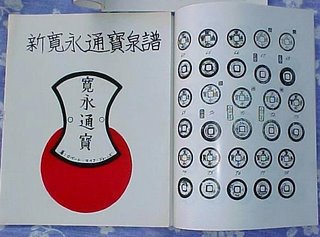 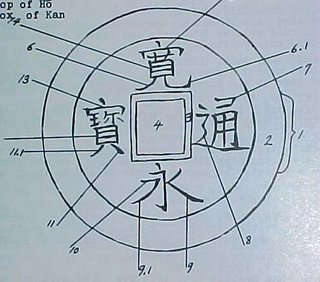 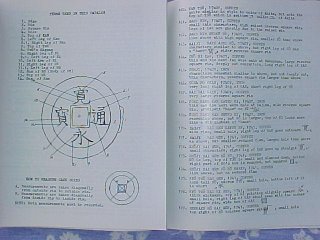 ATTRIBUTION GUIDE TO SHIN KANEI TSUHO" OR "SHIN KANEI TSUHO SENPU." COPYRIGHT 1984. THIS WORK DESCRIBES AND ILLUSTRATES 254 VARIETIES OF NEW KANEI TSUHO COINS FROM 1668AD TO C1860AD. IT COVERS BOTH COPPER AND IRON ISSUES. 20 PAGES OF TEXT WITH 18 PAGES OF PLATES, ILLUSTRATED BY RUBBINGS OF BOTH OBVERSE AND REVERSE, PAPER COVERS, GLOSSY STOCK, ABOUT 8.25X10.5 INCHES, INCLUDES A PRICE LIST ON THE SAME. INCLUDES POINTERS ON GRADING AND SEED COINS. THERE IS NO OTHER SUCH CATALOG IN ENGLISH LANGUAGE! IT WAS NOT ALWAYS POSSIBLE TO OBTAIN HIGH GRADE PIECES OF ALL VARIETIES SO THERE ARE A FEW RUBBINGS THAT ARE MUSHY. DO YOU HAVE A 50 CENT VARIETY OR SOMETHING THAT IS WORTH THOUSANDS? ONE CAN STILL CHERRY-PICK EVEN IN THIS DARN AGE ARMED WITH THIS CATALOG!